As part of its commitment to the communities in which it operates, and the UN’s Sustainable Development Goals for 2030, Renovalia wants to collaborate in preserving biodiversity.

This is why Renovalia works alongside the Spanish Photovoltaic Union (UNEF) and National Parks with the goal of protecting the Iberian lynx, a species in danger of extinction.

The project consists of providing National Parks in the network of breeding centres of the Iberian lynx conservation programme with photovoltaic selfconsumption facilities, allowing them to cover part of their energy demand through this clean technology.

The financial savings made from consuming energy produced by solar panels rather than from the grid are reinvested in activities in the centres. Renovalia’s part in this project involves donating the solar modules required to construct the Zarza de Granadilla facilities in Cáceres. 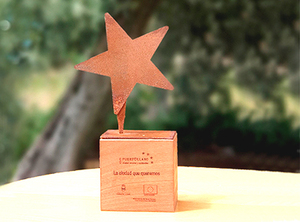